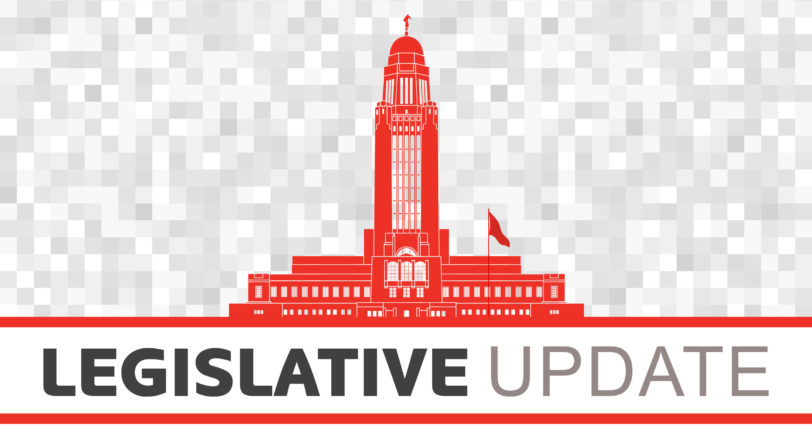 Welcome to the Women’s Fund Legislative Update! We will use these regular updates to keep you informed on policy impacting Nebraska’s women and girls, as well as how you can take action on these issues. We are monitoring legislation that seek justice for survivors of sexual violence, protect the right to safe and accessible reproductive health care, and advances the economic self-sufficiency of women and families in our state. Without your voices, our work would not be possible.

If you have any questions about the information discussed in this email, feel free to contact Women’s Fund of Omaha’s Executive Director Michelle Zych at mzych@omahawomensfund.org.

On January 18, Senator Pansing Brooks introduced LB 1132, a bill that would help survivors of sex trafficking move forward with their lives post-trafficking. More than 90% of sex trafficking survivors nationwide have criminal records because of their victimization. These survivors have convictions ranging from prostitution to theft that prevent them from obtaining housing, securing jobs and going back to school.

LB 1132 would allow survivors with criminal records as a result of their trafficking to have those records set aside. Nebraskan sex trafficking survivors have identified measures like LB 1132 as a crucial part of providing survivors a pathway to rebuild their lives without the burden of a criminal conviction.

Read more about this important piece of legislation here.

Senator Vargas introduced LB 904, a powerful bill that would protect consumers from unfair loans. Local payday lending companies provide Nebraskans with loans when they’re short on cash. Some of these loans come with extremely high interest rates, trapping consumers in cycles of debt. LB 904 would eliminate the ability for payday lenders to exploit a current loophole that could allow them to charge unreasonable fees.

This bill is especially important for Nebraskan women, who we know have lower salaries than Nebraskan men. Borrowers are also more likely to be single parents, increasing their financial burdens and financial stress. Because of the financial disadvantages women experience, protecting consumers from financial exploitation is a crucial step to achieving equity for women and girls.

LB 944, introduced by Senator Scheer at the request of the governor, will have detrimental effects on reproductive health care, particularly for low-income Nebraskans. LB 944 contains a provision that will eliminate state funding to numerous Title X clinics across Nebraska. These clinics provide cancer screenings, sexually transmitted infection testing and treatment, and pregnancy prevention services to thousands of low-income Nebraskans, over half of whom are uninsured. Without this funding, women across the state won’t have access to the health care services that ensure that they can stay healthy, plan for their futures and reach their full potential.

We oppose LB 944 because of its negative impacts on Nebraskan women and girls. The next hearing for LB 944 is February 5 at 1:30 pm in the Appropriations Committee. Contact your senator and encourage them to stand up for women and girls.

Employers would be required to give their employees one week of paid leave to care for an ill or injured family member under LB 844, introduced by Senator Crawford. This bill is especially important for working mothers, who often have to balance their career responsibilities with caring for their families. Measures like LB 844 increase pay for mothers, who would have otherwise lost pay to care for their families, and ensures that women can both have careers and care for their families short-term.  We support Senator Crawford’s bill and will keep you updated on how to take action!

LB 843 will help Nebraskan women in their fight for equal pay. Senator Pansing Brooks introduced LB 843 so that employers will be unable to ban employees from asking co-workers about their wages or disclosing their own wages. Women often discover that they receive unequal pay through these conversations. LB 843 is extremely important because Nebraska women still only make $.78 for every $1 a man makes, with women of color receiving $.58. Women and girls in Nebraska are held back by their unequal pay, and LB 843 gives them the tools to achieve economic security. We support LB 843 and will keep you updated on when to take action. Look for a special equal pay event coming this Spring!

Interested in receiving the Women’s Fund Legislative Update directly to your inbox? Sign-up for our e-newsletter today!