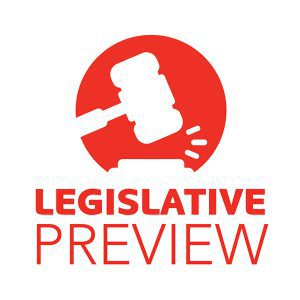 The Nebraska Legislature Session is right around the corner. While we’re distressed by the political gridlock nationally and the current climate for women and girls, we’re optimistic that Nebraska’s legislature will continue to be collaborative in an effort to expand on last year’s victories to support women and girls.

In 2018, we’re excited to create and advocate for effective policy solutions that seeks justice for survivors of sexual violence, protects the right to safe and accessible reproductive healthcare, and advances the economic self-sufficiency of women and families in Nebraska.

Here’s a preview of the issues we’ll be working on this session:

All families need access to credit but with annual interest rates of more than 450 percent, payday loans are leaving Nebraska families worse off. These companies provide loans to people desperate for money, but unfair interest rates keep these individuals trapped in cycles of debt, often forcing them to take out more loans from payday lending companies eager to profit off of vulnerable communities. In 2018, we hope to pass legislation that will protect consumers from this cycle of debt and empowering them economically.

Domestic abusers use firearms to destroy lives and communities. More than two-thirds of spouse and ex-spouse homicide victims are killed with firearms. Further, 57 percent of mass shootings involve the killing of a current or former intimate partner or family member of the shooter. When abusers have access to guns, both domestic violence survivors and Nebraskan communities are harmed. Next session we will work to protect domestic violence survivors and Nebraskan communities by making it more difficult for domestic abusers to obtain or keep guns.

Title X medical providers are the cornerstone of safe, effective and accessible family planning services throughout Nebraska. Their services include contraceptive care, STD prevention, and cervical cancer treatment and testing to low-income Nebraskans, two-thirds of whom have incomes at or below the federal poverty level. Not only do Title X clinics provide low-income Nebraskans with safe and affordable healthcare, but they also help women and children obtain their educational and professional goals by providing them with the tools to plan their futures. Family planning keeps Nebraska families from falling into poverty, which is an economic benefit for all Nebraskans.

Paid family and medical leave allows workers to maintain their financial security while dealing with health issues or caring for sick family members. Since care work often falls to women, women are especially harmed by the lack of these policies. Part of the gender wage gap is actually explained by the fact that more women than men are forced to take unpaid family and medical leave. We believe workers deserve the right to care for their children, their families and themselves without losing their financial security.

In 2016, Nebraska women made 79 cents for every dollar a Nebraska man earned, amounting to an annual wage gap of more than $9,000. Women of color make just 58 cents for every dollar a Nebraska man earns. These lost wages mean that women in Nebraska have less money to invest in their families, their futures and Nebraska’s economy. We believe that all Nebraska women deserve equal pay for equal work. This session, we will advocate for legislation that will lessen the pay gap and give women in Nebraska the money they worked for.

Your voice will be needed to speak up for women and girls when the session begins on January 3. We will keep you updated as action is required, and look forward to continuing this fight with you. Follow us on Facebook and Twitter and sign-up to receive our emails, if you don’t already.

Thank you for using your voice for women and girls.